Directed by Drama Desk and Obie Award winner Lila Neugebauer (in her Broadway debut), the cast includes Grammy Award winner and Academy and Golden Globe Award nominee Elaine May, one half of the legendary comedy duo Nichols and May, whose iconic show An Evening With Mike Nichols and Elaine May famously played the John Golden Theatre; Academy Award nominee Lucas Hedges; Tony Award winner Joan Allen;and, in his third Lonergan play, Michael Cera.

The Waverly Gallery is about the final years of a generous, chatty, and feisty grandmother’s final battle against Alzheimer’s disease. Gladys is an old-school lefty and social activist and longtime owner of a small art gallery in Greenwich Village. The play explores her fight to retain her independence and the subsequent effect of her decline on her family, especially her grandson. More than a memory play, The Waverly Gallery captures the humor and strength of a family in the face of crisis.

The Waverly Gallery originally premiered at the Williamstown Theatre Festival in August 1999, before opening Off-Broadway at the Promenade Theater in March 2000.

No comments to show. 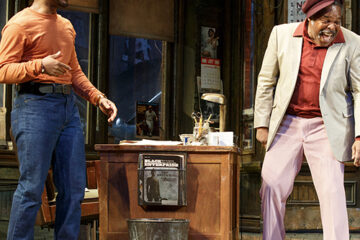 Jitney PRODUCER The dramatic story of a Pittsburgh jitney station, a symbol of stability, struggles against an oppressive lack of opportunity and unnerving neighborhood gentrification that threatens the way they live and work. The drivers Read more… 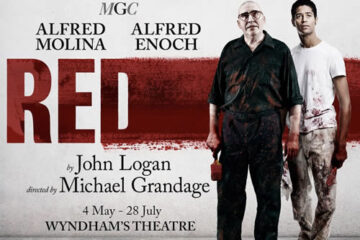 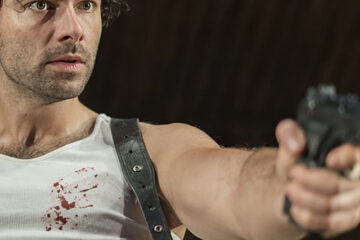 The Lieutenant of Inishmore

The Lieutenant of Inishmore PRODUCER Who knocked Mad Padraic’s cat over on a lonely road on the island of Inishmore and was it an accident? He’ll want to know when he gets back from a Read more…